Workshop for the first VCS demo 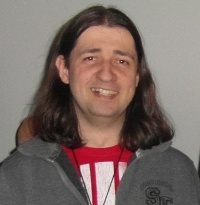 On Revision there will be a workshop about writing your first own Atari 2600 VCS demo.

What you need to bring in is your own development notebook/pc. Precompiled development tools (assembler, graphicsconverter, emulator etc.) will be provided for Linux, Windows, Mac OS X, the sourcecode for the rest of the world (like *BSD). Knowledge about programming in general is needed, as the 2600 is probably not the best platform to learn coding on. If you've coded in C or any assembler you should be able get things done. The timeframe for the workshop is three hours, but I will be available the rest of the weekend for supporting your efforts on completing your very first VCS demo.

Prequel: Getting to know the 6502 CPU

Audience: Everyone who wants to attend the Atari 2600 VCS workshop and does not know about the 6502 CPU

Abstract: You have coded before and want to attend the following "Atari 2600 VCS demo in 3 hours" workshop, but don't know anything about the 6502? Here you'll get to know the basics, a rough overview, and will be provided with all the documentation, that'll you'll need to get started.

Audience: Anyone who has coded before 6502 (or visited the prequel) and wants to go _very_ retro

Abstract: The Atari 2600 VCS is the most retro you can go without spending big bucks. Go from zero to first demo in only three hours. Just bring in an x86 based machine for development (Linux, Windows, Mac OS X) with your favorite editor and you'll be provided with the toolchain and emulator you need to start coding.

An introduction to Belgian beers 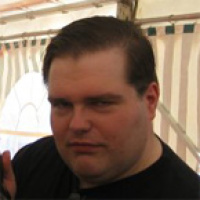 Belgian beer is well known around the world but with over 700 different beers (5000+ if you count all the special one-off brews) the world can be quite fuzzy. This seminar will be transformed into a beertasting session walking you through the major types of Belgian beers allowing you to discover more on your own, while throwing in some history and marketing on the go. 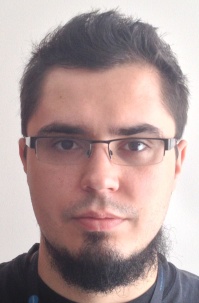 On 17th of March, a new version of OpenGL ES 3.1 Specification was released at GDC in San Francisco. Dominik "kbi/Elude" Witczak, one of the Contributors, will give you an overview of what new features you can start planning to use for your next-gen mobile platform demos. 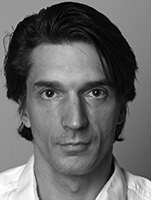 Through his experience in the demoscene, education as an architect, and day job as a designer, Pixtur has assembled a basket of easy-to-understand and easy-to-implement rules of thumb for creating better design – with or without programming. He will cover a wide range of topics like ideation, concept, colors, composition, editing and animation – all illustrated with examples from the demoscene. 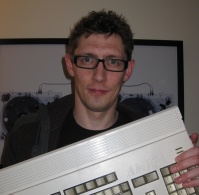 At a time when Samplers were expensive cumbersome machines, the Amiga provided a cost effective entry into world of digital music creation. One program above all provided all the tools needed to create amazing musical productions, ProTracker.

The seminar will delve into some of the features which made ProTracker so important as well as describe some of the limitations and how to beat them. Using some module based examples, tricks like wave switching and shuffling through to more modern techniques such as time stretching and side chaining will be explained and demonstrated. 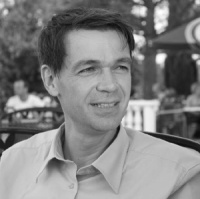 No seminar describtion - just come and find out. 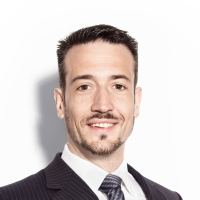 In this short seminar, held in under 10 minutes with only 24 slides, Netpoet deals with proceedings in warnings and lawsuits regarding filesharing in Germany. How proceedings work, what to do, what not to do, and why a spouse in the house is king. As the seminar covers only German law, and understanding is crucial, it's held in German.

Creativity vs. productivity - having ideas vs. getting stuff done 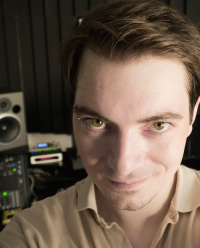 Audience: Anyone working creatively, be it code, music, graphics or artistically visualising ancient mayan history by throwing clay at power outlets. Anyone interested in the so called creative process

How many ideas do you carry around that didn't make it out into the open? How many unfinished projects lie around on your hard-disk?

In this talk, I'll guide you through the whole creative process with focus on getting done, while managing a fun and sustainable creative lifestyle. While the usual creativity techniques shall not be a topic of this talk, you'll get to know lots of pitfalls which have the potential to guarantee ultimate frustration.

You'll learn how to procrastinate effectively, how to ruin a nice piece of work early, how to feel great bragging about completely imaginary achievements, how to over-engineer, reinvent the wheel, and so on. I might loose some words on how to avoid those pitfalls as well. If I get done with preparing this seminar in time, that is. 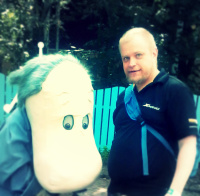 Pure Data is graphical programming language mostly used for audio or VJ graphics. It is possible to create dynamic or procedural audio to games (was used in Spore) and it can act and modify on triggers (USB, camera, program messages...), midi, audio etc. Although the usage of this program is wide, he is focussing on its usage in games and creating synths on it.

The seminar will give a short introduction into Pure Data and how it differs from Max/MSP (most known commercial program on subject) and will give a little use demonstration (synth). Also, the integration of Pure Data to Demos & Games with Unity3d, Kalimba or Libpd (iOS/Android/Windows) will be talked about.

To round it up the creation and Making of own hardware synths with Pure Data and Raspberry Pi, the possibilities, tips for Optimising it for limited hardware and a showcase will be presented.

BRTECH1 is an implemented in Object Pascal 3D game engine, which is written completely from scratch and which is compatible with the asset game data files from of the idtech3/ioquake3 (Quake3/OpenArena/WorldOfPadman/etc.) and Darkplaces (Xonotic/etc.) engines. BRTECH1 utilizes the modern GPU features in a more better way than all other non-written-from-scratch idtech-forked Quake Engines.

We will describe the differences between the both (old&new) engine core concepts, and why BRTECH1 is nevertheless optical 99% to the idtech3/ioquake3 engine compatible despite the other more modern GLSL-shader-pipeline-based engine concept, including optional emulation of most all known rendering bugs of the original idtech3/ioquake3 engine and new more modern features as parallax mapping and so on.

Working with Breakbeats 2 - the Layering 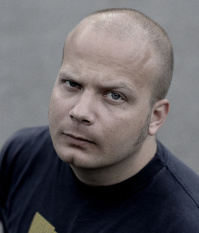 The image was taken by Greger Stolt Nilsen.

Using the techniques presented in last year's seminar, we will now look at how we can create new breakbeats by layering and combining parts of different breakbeats and single hits into one cohesive rhythm section.

Through case studies we will look at selecting breakbeats that works together, and how to make them fit together both rhythmically and in the mix. In addition we will examine how to make breakbeats fulfill different purposes in a track.

This year lug00ber has also promised that there will be time for a proper q&a at the end of the seminar.

Alternative hardware platforms for demos are an exciting topic in the Scene. We pushed it a bit further and shot a demo on board of a satellite into orbit, as you can witness in the wild compo. It was pretty hard to achieve this - and many situations made us young Jedis swimming in the mud - so here we want to talk about how to actually build a satellite and what is necessary to make it "ready for orbit". The focus will be set on the technical part. After many lessons learned, we are planning another launch in 2015. This time, the project will be open for sceners, especially coders who want to use the platform for their creative ideas. We will introduce the new hardware design and ideas what kind of fancy demo stuff can be done with it! 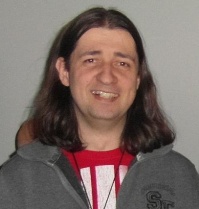 Audience: Retrocoders who need to synchronize CPU and video beam

Coding for the VCS, I needed something like a combination of grid paper and fridge magnets to plan on what to do when as the beam travels along the screen. This is the introduction to a software implementation of that idea. No deep ties into any hardware, just a tool that helps to order your mind.

Reversing entropy for fun and profit(*) 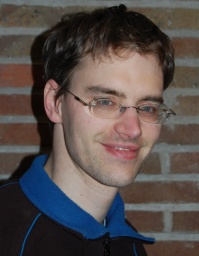 Ever tried to run effects backwards? Sure, running scrollers, starfields or 3D flybys backwards is easy, but what about the venerable fire or water effects, or other effects that need state from a previous frame? Those are impossible to run in reverse, right? Actually, many of them can, even on machines without unlimited memory or CPU/GPU power.

Trumpets from hell - the dark secrets of the Pouët 0.9 codebase

Audience: some coding knowledge recommended, but not required

We all visit Pouët, and none of us are proud of it - now imagine how the people who maintain the code behind the site have felt about it for a loooong time. But is it really as bad as it sounds? Or is it actually a whole lot worse? Now is your chance to get a rundown on some of the mindboggling parts of what the most visited demoscene website used to run on.

What we learned since launching Demozoo

Gasman and Menace will discuss some lessons learned since launching Demozoo late december last year, as well as a glimpse into the future of the website, and perhaps present a few surprises too.